Clean water is essential for life.

AVAVA is a leading Singapore manufacturer of patented water integrated filtration technologies. We build our products based on extensive research, tests and consumer insights. AVAVA products are recognized for its innovation, design and quality.

Although many of us are fortunate enough to have access to a source of water that is considered to be suitable for consumption by city authorities, it doesn’t mean that the water is clean enough for our health. Water filtration is absolutely essential for keeping control of contaminants or chemicals and to prevent them from your city water into your body.

What’s in Your Tap Water?

While tap water may be safe in many places, but it doesn’t mean you’re not ingesting impurities. Indeed, depending on where you live, you might be drinking bacteria, chemicals, and debris floating around in your municipality’s water system.

To top that, Chlorine is generally added to water in an attempt to make it safe because its toxicity kills bacteria and microbes.

Certain cities also add fluoride to their eater as a public health measure, but not everyone is comfortable with the extra fluoridation since it first began. 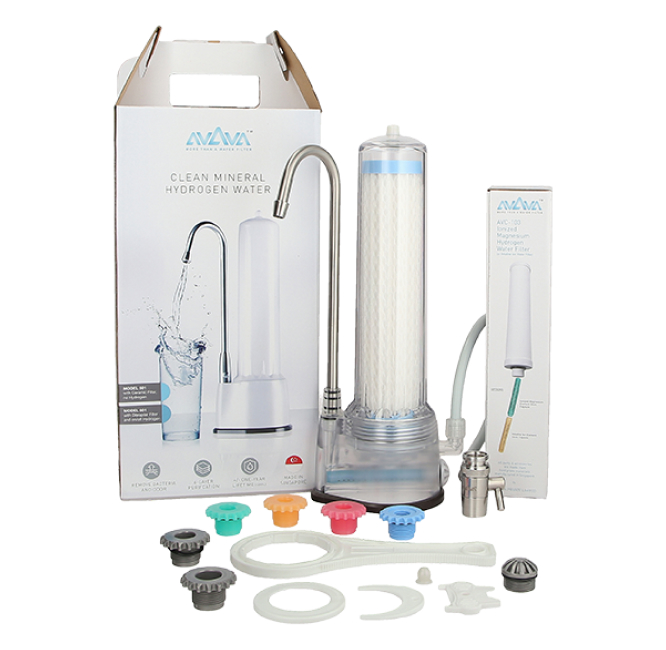 MODEL 701-HX Hydrogen Water Stick Capsules – (Only for bottle use)

If you have a question about features, pricing, or anything else, we are ready to answer all your questions.

Click for more products.
No products were found.
Cart 0
Top

Sign in
We use cookies. If you continue to use this site we will assume that you are happy with it. Read more
Got it
×